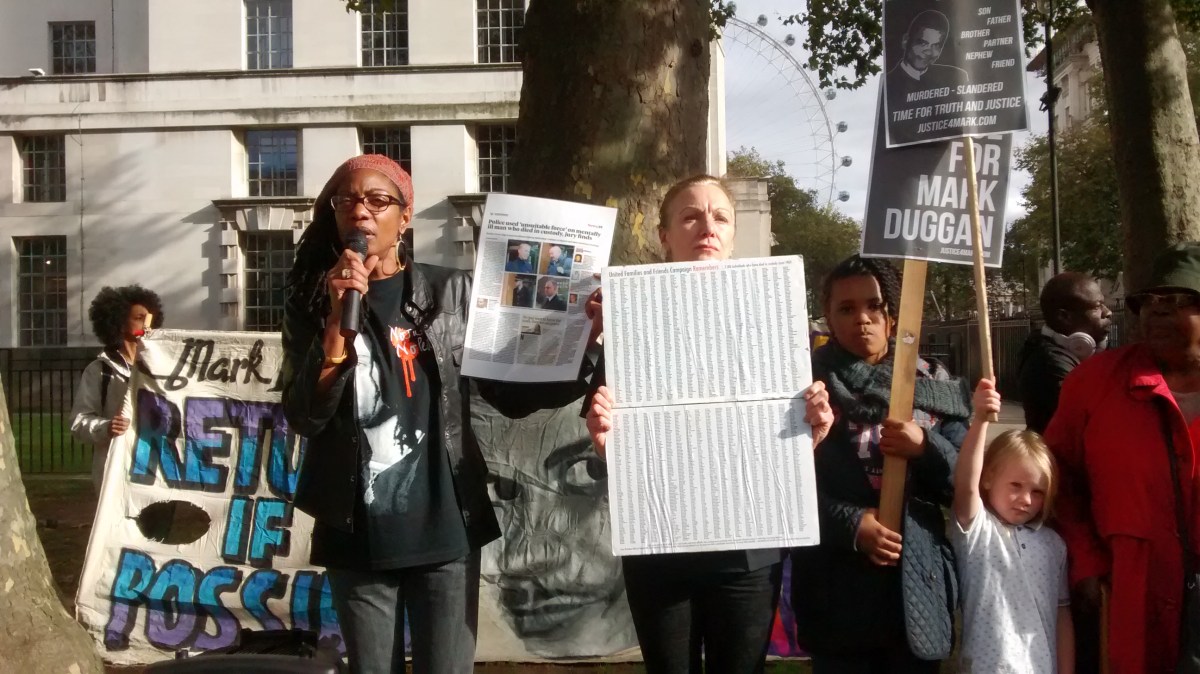 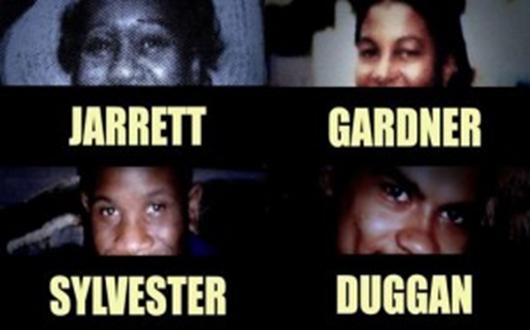 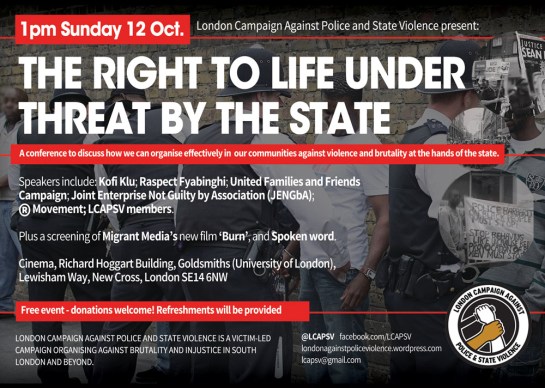 One day to go but there is still time to register for our annual conference: The Right To Life: under threat by the state please RSVP LCAPSV (a) GMAIL (dot) com

We have the new addition of Marcia Rigg, who will be speaking about the recent developments regarding her brother, Sean Rigg’s case. We also will be running mini Stop & Search workshops as well as a speak-out session where all participants are invited to share their thoughts and experiences. Also we recognise that this weekend is the Stand Up for Ferguson weekend of action. We will show our solidarity with those fighting police brutality across the United States.

Our conference is about building our solidarity with one another and resisting together. Below is one story of the many rebellions we want to see across London and beyond: