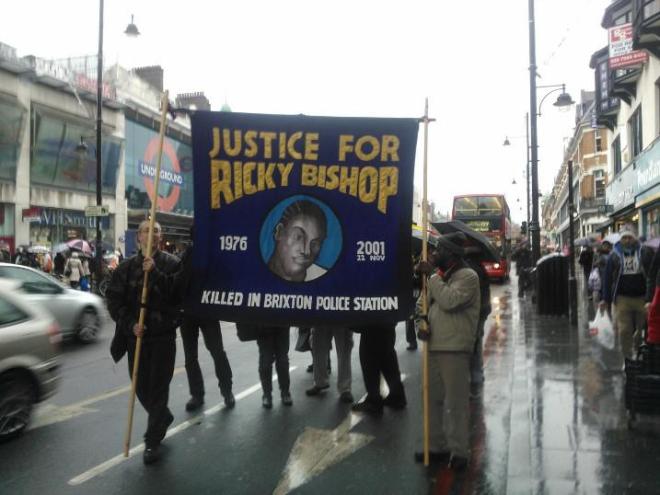 Join Doreen Bishop, InPDUM and more to commemorate and demand Justice for Ricky Bishop, who died in custody at Brixton Police Station in 2001.

On the afternoon of Thursday 22nd November 2001, Ricky Bishop, a 25 year old man of African-Caribbean heritage, was arrested in whilst in a car and taken to Brixton Station. His mother, Doreen was informed several hours later that he was in hospital. Shortly after she arrived she was told that he had died. He had unexplained injuries to his mouth, wrists and legs.

The police issued a what the family describe as a misleading press release about the circumstances surrounding Ricky Bishop’s death. They also held grave concerns that they were not informed about the contents of the press release before it was issued.

An inquest was held but the family complain that vital evidence was withheld and the injuries on Ricky’s body have never been explained.