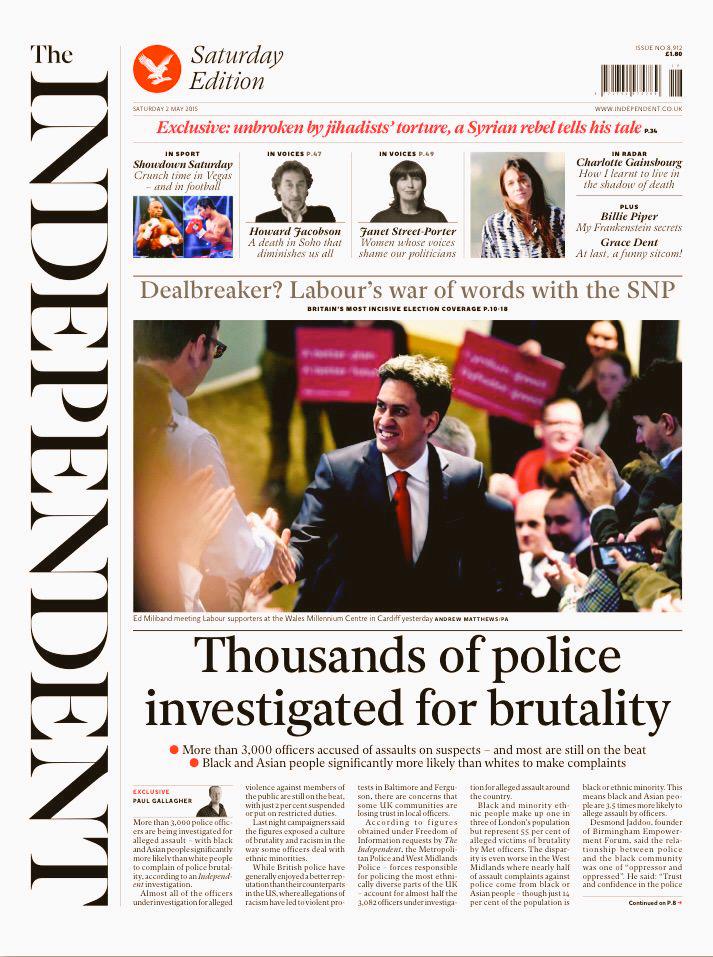 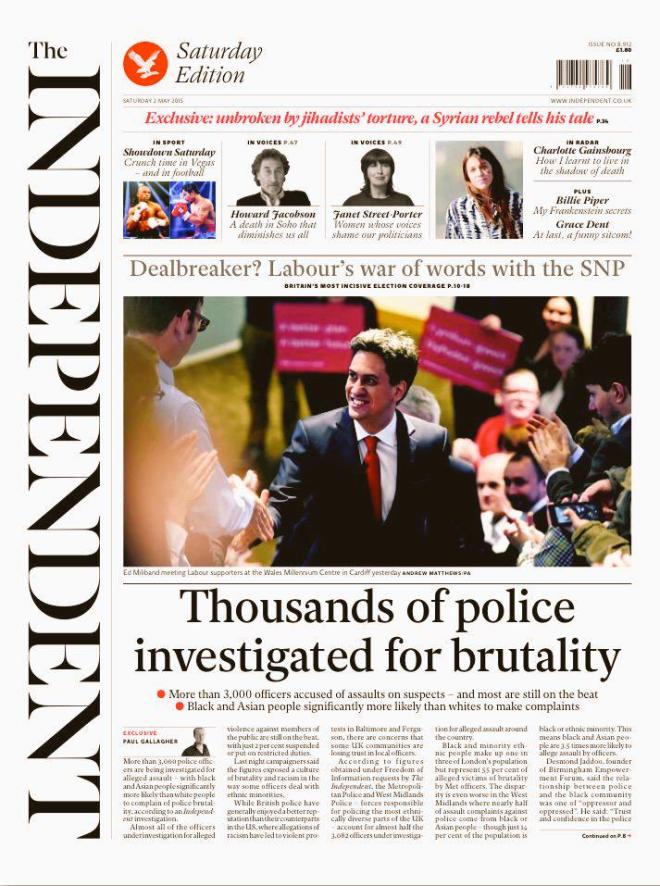 On Saturday 2nd May, The Independent newspaper ran a front page article on police brutality and asked us for a comment. An edited version of our comment below was published in the paper edition but not available online. We reproduce our full comment here:

We are not surprised to learn from these official statistics that Black and minority ethnic people are hugely over represented as victims in cases of police brutality in London. Black and minority ethnic Londoners are the victims in 55% of cases, despite making up only 32% of the population. This is not a mere margin of statistical error: these figures are not an accident. Why are the police singling us out for violence? These figures demonstrate, once again, that the Metropolitan Police is institutionally racist. This judgement is confirmed by the daily experience of our members.

Black people are six times more likely than their white counterparts to be stopped and searched, while Asian people are twice as likely. Now it has been shown that we are more likely to suffer violence at the hands of the police too. We also note that the figures are even worse in the West Midlands, demonstrating that the problem of racist, violent police goes beyond the capital. Finally, these figures represent only those cases where victims complaints are currently being investigated.

Many black and ethnic minority people do not have confidence in the complaint system, this is not surprising when last year, a Channel 4 Dispatches investigation showed that less than 1% of complaints regarding racism were upheld. The complaints system is often regarded farcical as the police are essentially able to investigate themselves and almost always dismiss complaints out of hand. For this reason many victims of police violence do not lodge a complaint because they believe it will make no difference.

Savage cuts to legal aid and a debasement of judicial review have made the police even less accountable for their actions than ever before. These figures are the tip of an unsurprising iceberg and come not long after HM Inspectorate of Policing again highlighted the systematic abuse of stop and search powers.  In response, Dame Anne Owers (Chair of the IPCC) and the political establishment will doubtless trot out the same old platitudes about how concerning these figures but barely before we’ve heard them it will be business as usual. We challenge them to prove us wrong.<

On Tuesday 5th May, we will protest outside the US Embassy against police brutality in the UK and also in the US. We are calling it: From Bedford to Baltimore, to highlight the case of Julian Cole, a young man who was paralysed and permanently brain damaged after being arrested by Bedfordshire Police. We also stand with the loved ones of Freddie Gray, Mya Hall and also with Mumia Abu Jamal. Join us as we organise against police and state violence both at home and abroad. Black Lives Matter.