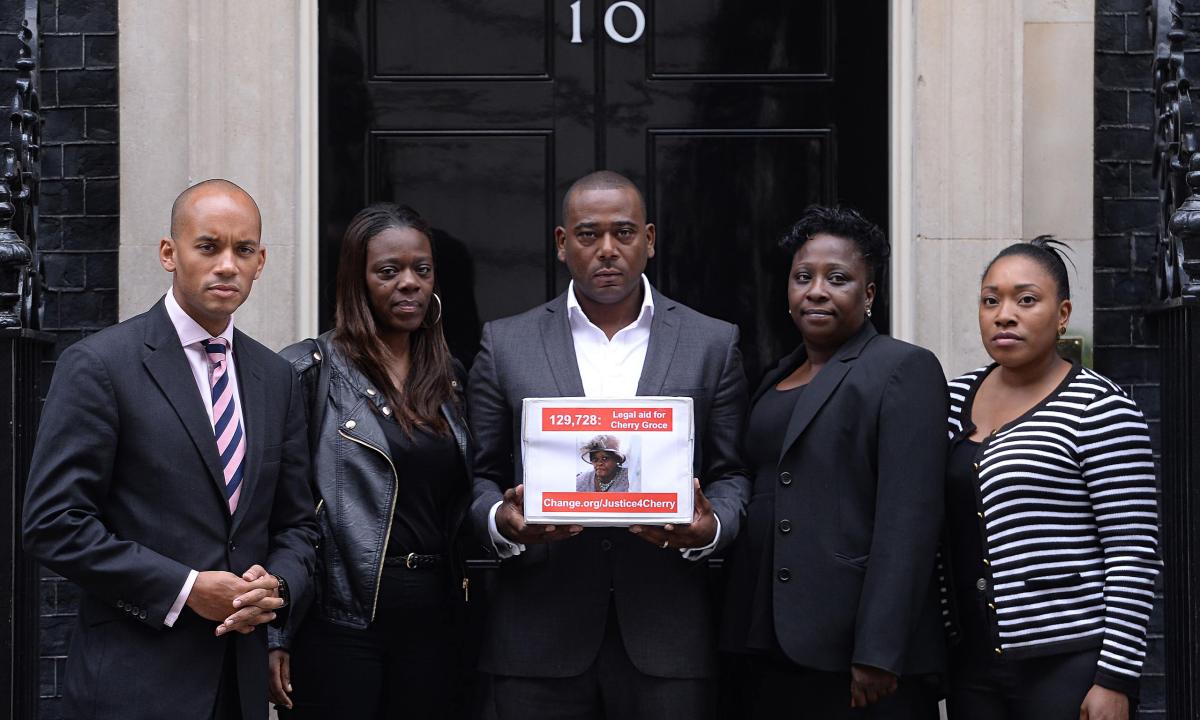 Join the family of Dorothy “Cherry” Groce, for the 30th commemoration of her wrongful shooting by the Metropolitan Police which led to the infamous 1985 Brixton uprisings. We will also reflect on the police violence that led to Cynthia Jarrett’s death and the Broadwater Farm uprisings a week after Cherry Groce’s shooting.

What happened in 1985? Why did the Police shoot an innocent mother in front of her children, youngest being 8 years old? How did the community defend and rebuild itself after the uprisings?

Come and participate in this commemorative event that will discuss the past, present and future of communities fighting for justice and peace in Brixton and Tottenham.

This will also be the launch of a new justice campaign for the family of Cherry Groce and also form the start of an oral history project which is open to young people aged between 14 and 25 years old. Contact LCAPSV for more details.

Speakers and performers include:

This is a free event light snacks will also be provided.

To attend this event you must register as spaces are limited 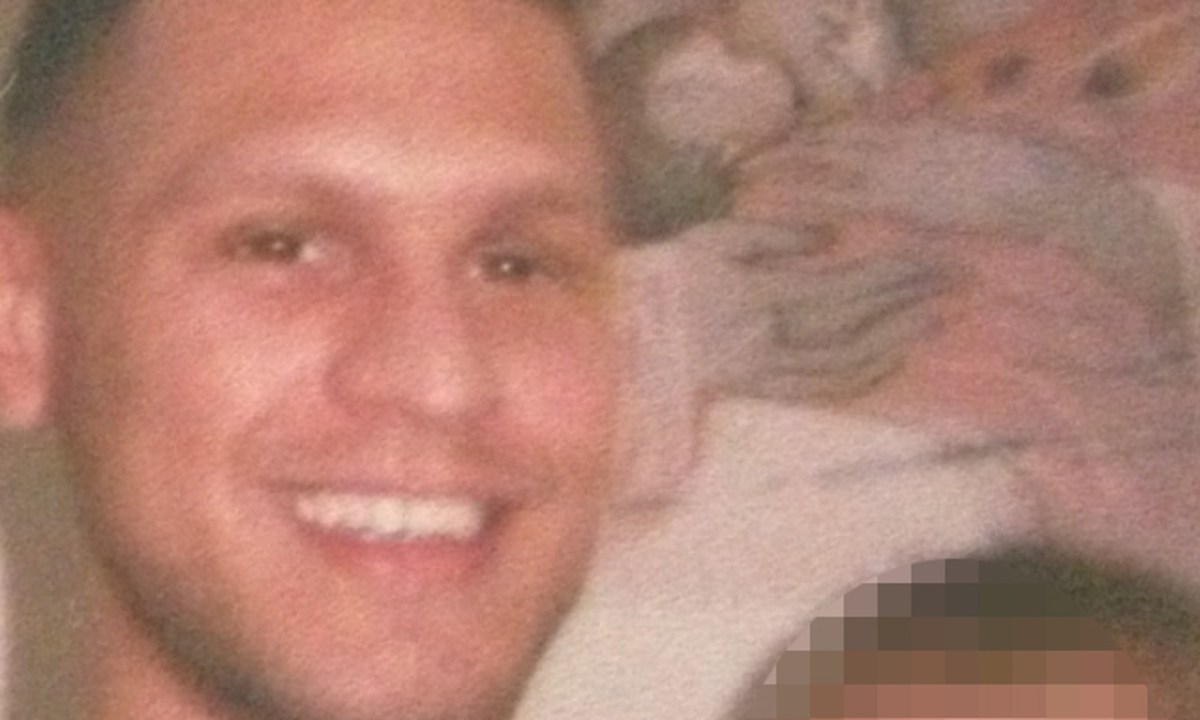 Two weeks ago, on Friday 21st August, armed officers from the Metropolitan Police’s SO19 unit shot a man at Tilson House, part of the Clapham Park Estate in Lambeth. The man, who has not been named, is in hospital in a stable condition. We hope for his full and speedy recovery. We also hope that he and his family get all the support they need during this time, to ensure the truth of what happened comes out.

Our two core concerns are:

The IPCC is delaying the release of the body camera video of officers involved in the shooting.

This needs to be made available now. There has been no clear reason for the shooting. The police have given no justification for why potentially lethal force was used.

So far the only information available to us comes from short statements from the police and the Independent Police Complaints Commission (IPCC), and remarks made at a public meeting last week which LCAPSV members attended. As well as the police and the IPCC, this meeting was also addressed by a representative of the housing association Metropolitan Housing, which is the landlord of the estate – and therefore of the victim, who lived on the estate. We are also grateful to Black Dissidents who also shared with us information that they have gathered.

Previous experience shows that the police cannot be trusted in to provide accurate information especially in relation to incidents of this kind. Similiarly prior experience also shows that the IPCC is not willing to properly challenge the police. Journalists have highlighted its tendency to simply rehash the narratives of the police, and campaigners have called for it to be scrapped. This Freedom of Information request from 2013 shows that the IPCC Director of Investigations, and seven out of eight Senior Investigators, are all former police officers. The “Independent” Police Complaints Commission is the police investigating themselves under another name.

We outline here the statements that we have gained from public meetings and briefing documents released by the Met. We do not automatically accept the detail below to be accurate or a fair representation of events for reasons stated above. We also detail the questions that we are still pursuing for answers.

The Landlord’s Public Statements on the Shooting

According to Metropolitan Housing, the victim lived in a flat in Tilson House. For some reason which they did not reveal, they decided to evict him from his home. They got a court order to do this, and evicted him with bailiffs some time before the day of the shooting. It is believed that because he had nowhere else to go, he went back in to his home after he had been evicted. Metropolitan Housing claims they don’t know how he got back in to his home.

When Metropolitan Housing received information that he was back inside his home, their staff members came round to the flat on the 21st August, accompanied by ordinary, unarmed police officers. Although it was reported in initial police statements that this visit was supposed to be an “eviction”, the Metropolitan Housing representative told last week’s public meeting that it was not an eviction as the eviction had happened previously.

Our Questions to the Landlord Metropolitan Housing

1) We know that the visit on the 21st August was not an eviction under LASPO Act 2012, as Section 144 Clause 2, as it states that a former resident occupying the residence has not committed a criminal squatting offence. So why did the Police accompany your housing officer and on what criminal grounds?

2) If Metropolitan Housing knew the man had nowhere else to go, did the Housing Association referred him to Lambeth Council, given that they were making him homeless?

The Metropolitan Police & IPCC Sanctioned Account of the Shooting

The initial police statement said that the man “emerged from a room” and the police had to withdraw and call armed police for back up. Why would ’emerging from a room’ constitute a threat that required armed police? According to the IPCC representatives, “a [hand]gun was sighted.” It was this gun, allegedly, which caused the unarmed police retreat and call the armed police.

After what the IPCC called a “seige situation” lasting around seven hours, the man was shot outside the flat, and seriously injured. The police and IPCC say that they found a “non-police firearm” after the shooting.

Our Questions to The Metropolitan Police & The IPCC

3) Scotland Yard told the press that this happened during a “pre-planned eviction”. The landlord said this was not the case. So if it wasn’t pre-planned what criminal law was the basis of the initial police visit?

4) Did the man threaten to use the gun? Where was this alleged “gun” sighted in the flat and where was it in relation to the former resident?

5) One local resident whose garden backs on to Tilson House told the public meeting that he heard 3 shots fired. Were all those shots fired by police officers?

6) The IPCC have stated that some of the police involved were wearing bodycams. This footage must be made public. When will the IPCC release the footage from these cameras?

Once again there were media reports implying that there was a threat to life which was later unconfirmed but left open to linger as a possibility. Calling the stand-off a “siege” implies there was threat to life, but the IPCC would not confirm that the non-issued gun was on the suspect’s person or near the suspect at the time of the shooting.

The media claim that the man shot had “broken into the flat” and was being “evicted” is false. We now believe from information gathered via Black Dissidents that the person was a former tenant and entered the flat using the keys that they had since being a tenant. Neither was he being evicted which has now been confirmed by Metropolitan Housing.

We cannot accept London residents being shot by the Metropolitan Police for “refusing to be evicted”. The family and the public need answers. In the search for that, we will campaign and take to the streets if necessary, because without justice there can be no peace.