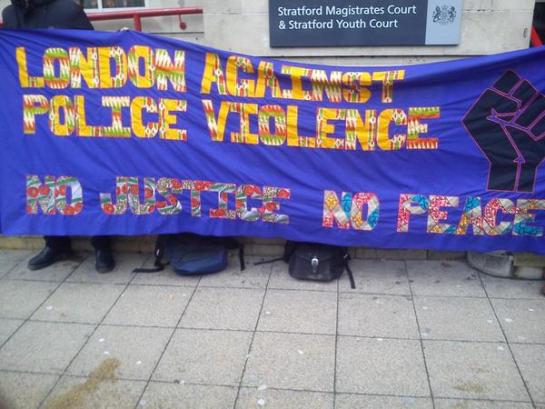 “I was ashamed and treated like a criminal when I did not commit a crime.” – K

“K”, a young black woman and student, was a passenger in a road traffic accident with a friend a few months ago. When police officers arrived at the scene, “K” says “they treated us like criminals instead of following proper protocol.”

“I was very on edge as I felt they had made assumptions based on our race and didn’t even take anything into consideration. I chose to keep my distance from the officers to avoid confrontation. Before I knew it one officer had crept towards me and tried to step into my personal space, as he did so I stepped backward raising my arm to separate him from me but without making physical contact. Within seconds the officer claimed I had to push him and later stated I had done so in his chest with both arms though this was impossible because I had my mobile phone in my hand.”

This accusation by the police officer resulted in “K” being arrested and charged with assault of Police Constable.

We believe “K” has a strong case and supporting evidence to support her story against the officer and that it is highly probable that the officer’s actions were malicious. If found guilty, “K” will face a fine, a criminal record endangering her career and future prospects and a possible prison sentence.

In our experience, the police do this a lot to young and particularly black people. A false claim against of police assault can be made against anyone who the police officer happens not to like.

Please support “K” by sharing this story and if possible attending her support rally at Stratford Magistrates’ Court on Monday 12th October at 1pm. For more details, contact us via e-mail: LCAPSV (at) GMAIL (dot) COM