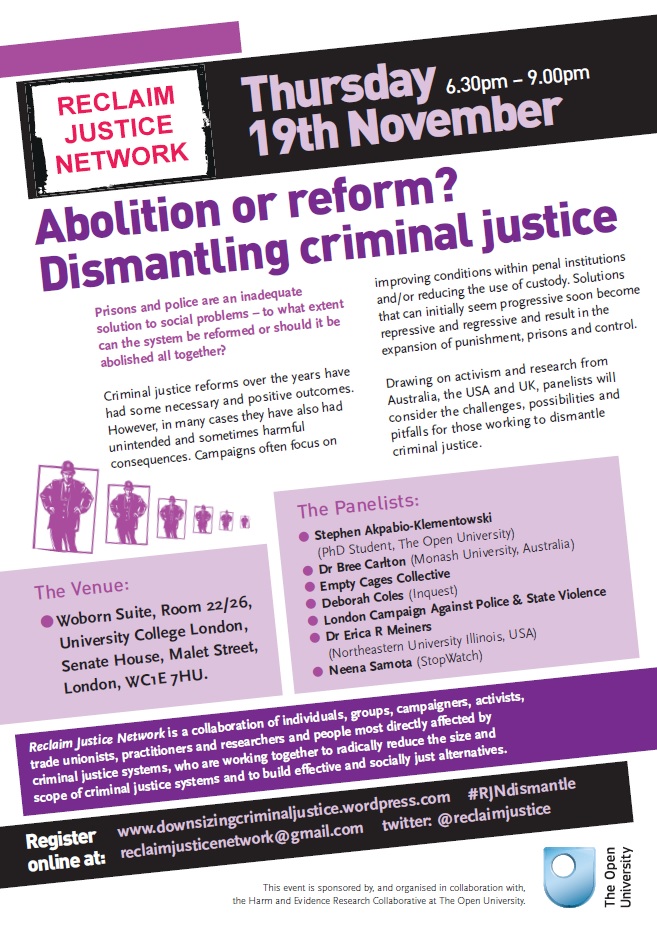 London Campaign Against Police & State Violence came together after our Chair, Steffney’s son had been Tasered, sprayed with CS gas and severely beaten for being black while in a public phone-box. Steffney made a call for a community response and people gathered to support her son’s appearance at a South London police station, as he faced charges. Eventually he was acquitted of all charges against him.

Her son’s case was a familiar one, predominately young black men being harassed, assaulted, even killed by police officers. Only for the victim of police brutality to be charged as if they were the aggressor.

We are interested in criminal justice because it directly affects us, black people are disproportionately represented at every level. This is inseparable from structural racism in housing, health, employment, education and more. Today we live in a society in which black people are the most likely to be expelled from school, become unemployed, stop and searched, Tasered, stripped-searched by police, prison staff and airport immigration, convicted and receive the harshest sentences including imprisonment.

We deem these outcomes not just as class oppression but also as white British supremacist, where white British people are at the top of a social hierarchy and the black is at the bottom. The governing structures that produce these outcomes are founded upon racialised laws and enforcement, exemplified particularly by drug laws. By racialised, we mean that power is constructed in a way that makes black life and particularly black Muslim life at the moment, targeted as suspect. It is not hoodies, nor the music that we create that criminalises us, to be black is to be regarded criminal by default.

We are for reform in the short-term and radical change in the long term, but if we eliminated these racial biases in the system, we would still be campaigning. We do not seek an equality of violence within the criminal justice system. We want to end the violence that it creates and perpetuates.