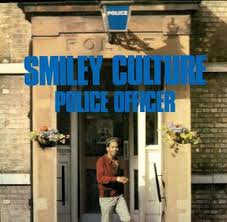 South London Legal Surgery
This Summer the London Campaign Against Police Violence and StopWatch are launching a monthly legal surgery in South London to support the local community in making complaints and taking legal action against the police. To do this, we need people to get involved who can volunteer a small amount of their time to support victims of police violence in their demand for justice. Volunteering your time will be vital to the success of this project, and will be a rewarding way of fighting injustice where you live.

Violence, harrassment, intimidation, discrimination and racism are all serious issues that the police in Lambeth, Southwark and Lewisham have continuously failed to address for the last hundred years. It has long been acknowledged that the Metropolitan Police are institutionally racist, and have done little to change this state of affairs since the murder of Stephen Lawrence over twenty years ago.

In the last few years, LCAPSV has dealt with everything from racial profiling, to the misuse of stop and search powers, to the use of the controversial ‘hard stop’ tactic and the application of a punitive anti-gang initiative in Lambeth named ‘Operation Shield’. Each of these is an instance of racist and abusive policing oppressing BME communities in South London. We believe it is important to build the capacity and institutions that help to resist this history of oppression. To do this effectively it is vital to provide support for people who are the victim of injustice and want to seek redress.

What are our aims?

One way to combat this problem is to increase the volume of complaints being made, and increase the support complainants are given when they want to demand justice from the police. We can do this by providing a legal surgery that addresses police abuse as a political issue, giving free assistance and support so that complaints are harder to dismiss.It is also important to make complaints of abuse against the police a bigger deal through increased protest and publicity. We can also encourage people with more serious complaints to find professional, committed lawyers who are particularly good at holding the police to account through the legal system.
The more complaints that we support, the more we will also be able to build up a picture of the state of policing across South London, and particular areas or activities of concern to the local community.
To do this, LCAPSV and StopWatch are setting up a legal surgery where a mixture of professional lawyers and trained ‘buddies’ can support people making a complaint, and help them find the best course of action for getting justice.
What is a buddy?
Buddies can be anybody, with any or no level of previous experience. The most important thing is to be committed to opposing the racist and abusive policing of South London’s communities, and willingness to share a small amount of your time to make this happen.
Buddies will be given training by lawyers whose expertise is in actions against the police. They will also be supported and advised at thesurgeries by these lawyers.
Buddies will be expected to give up some of their time to attend at least two or three surgeries a year, and to provide support to individuals who are making complaints (such as drafting statements, attending meetings with lawyers, helping with correspondence).

How you can help?

Sign up to be a buddy! Once you’ve done that, we’ll be in contact about providing training and support so that you know what you’re doing, and how to help the people coming to the surgery for support.
Being a buddy doesn’t mean attending every surgery every month, and at the lowest estimate shouldn’t take up more than a couple of hours a month.

Where cases are more serious, more time a month (up to 10 hours) may be needed, but we can share these out together so nobody feels overwhelmed or isolated.

Everything will be monitored and supported by the legal team, and the LCAPSV casework support officers.

Contact lcapsv@gmail.com to register your interest or to ask any further questions. 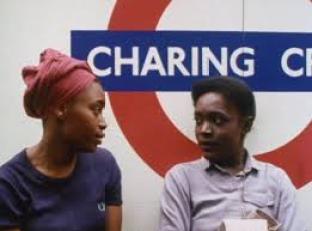 We kick off this new run with Menelik Shabazz’s classic 1981 film Burning an Illusion. Burning an Illusion is about a young British-born Black woman’s love life, mostly shot in London’s Notting Hill and Ladbroke Grove communities. It was only the second British feature to have been made by a black director, following Horace Ové’s 1975 Pressure, and is described by Stephen Bourne as “the first British film to give a black woman a voice of any kind.” Burning an Illusion is notable for breaking the tradition of placing white males at the centre of the story. It is also unique in prioritizing the personal drama of a black woman over the socio-economic and political conflicts traditionally associated with such films. As Ade Solanke writes: “Like all drama, the film is about characters facing conflicts. But unlike most dramas about black people up till then, for most of the story it dramatises personal conflicts, not socio-economic or political ones.” (from Wikipedia) We’ll follow Burning an Illusion with Shabazz’s short film ‘Blood Ah Goh Run’, which documents the impact of the New Cross massacre in 1981.