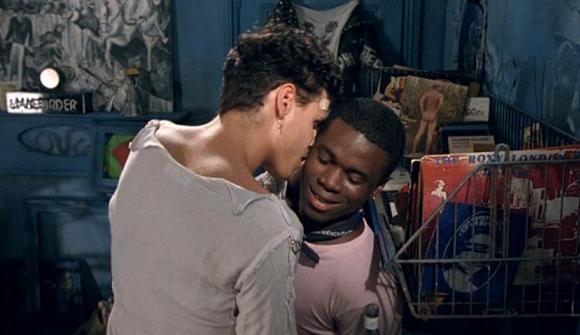 For our May screening we will be showing Isaac Julien’s 1991 feature film Young Soul Rebels on Sunday 29th May . For background on the film, see the following quote from Julien: ‘The real starting point for Young Soul Rebels was the desire to make a film about 1977. That year was so important because on the one hand you had the incredible chauvinism of the Queen’s Silver Jubilee and on the other there were powerful counter narratives that outlined new kinds of national possibilities. Now everybody knows about the one called “punk”, which was at its height in 1977 and which was a very obvious opposition. But there was another counter narrative, much disdained by the Left, which was the growth of a black popular culture particularly in terms of disco music – soul music.’