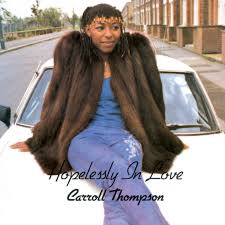 The London Campaign Against Police and State Violence is a friends- and family-led campaign group opposing all forms of police and state brutality against communities in London and beyond. We put on a monthly free film screening at “The Field” in New Cross, to provide a space where it is possible to enjoy an interesting movie but also to share and discuss experiences of violence, objectification, oppression and harassment.

For our July screening we will be showing The Story of Lover’s Rock by Menelik Shabazz. This documentary deals with the Lover’s Rock genre of UK reggae that emerged in South London during the late 1970s and 1980s. Notable for its romantic ballads and the prominence given to a number of young Black British women artists in the scene, the genre is one of the gems of bass culture.

For more details about the film and the scene, see this from the reggae historian David Katz:

“Lover’s rock emerged in the mid-1970s, when the owners of London’s soundsystems began cutting romantic ballads with young women singing: Count Shelly issued Ginger Williams’s Tenderness in 1974, only to be surpassed the following year by 14-year-old Louisa Mark’s Caught You in a Lie, a peculiar rendition of an obscure soul song, put together by Bovell for Lloydie Coxsone’s soundsystem. The emerging genre solidified after a Jamaican immigrant, Dennis Harris, opened a recording studio in south-east London, with Dennis Bovell and guitarist John Kpiaye as the in-house players. They crafted reggae cover versions of Motown and Philadelphia soul ballads with vocals from TT Ross, Cassandra and the harmony trio Brown Sugar, featuring future Soul II Soul vocalist Caron Wheeler. Once Harris formed a label called Lover’s Rock, borrowing the name from an Augustus Pablo dub B-side, the new music had its name.

“The name came from the record label, in the same way that early ska in this country was named after the Blue Beat label,” says Linton Kwesi Johnson, the reggae poet whose regular backing band has featured Bovell and Kpiaye since the late 1970s. “It was a way to give women a voice in reggae music in Britain, and an alternative to the social commentary of the male-dominated productions. Like British reggae in general, lover’s rock provided cultural continuity for the second generation [of black Britons], albeit with a distinctive British sound.”

All are welcome on Sunday 31st July at 3pm for the screening at The Field which will be followed by discussion and refreshments.